This was Good-time Slim’s first trip to Saint Edward State Park and it was a great time to visit the park. It was nice and cool as we started down the ‘North Trail’ on the North side of the park, descending towards the shoreline of Lake Washington. The views of the lake along the ‘Beach’ trail are awesome, especially when visiting in the evening. 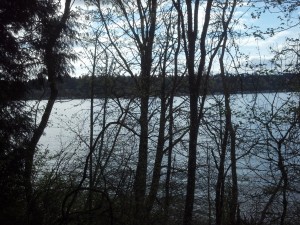 Lake Washington from the Beach trail at Saint Edward 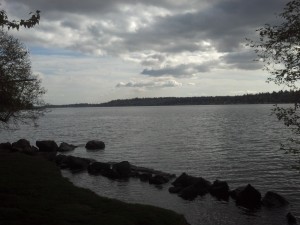 Rocks along the Shoreline at Saint Edward State Park 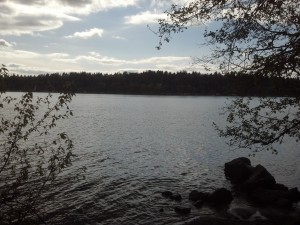 The State Park is near the North end of Lake Washington, placing it near the Kenmore Air Harbor, a world renown float plane airport. This means a fair amount of small aircraft traffic is seen above the lake from the park. As seen below, we snapped a few pictures of one of the planes as they were leaving Kenmore, headed to some other beautiful place in the Pacific North West. 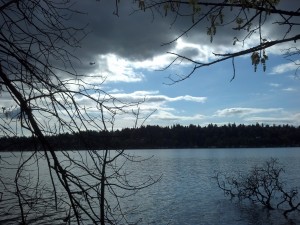 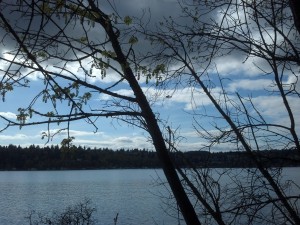 We finished the hike by going up the ‘Seminary’ trail, climbing back up the hillside to the trail head and parking lot. This was the first hike on the ‘Bike Hike’ Website where it felt like appreciable elevation was gained, although it is only a introductory prelude to the hikes to come.